↓
Pregnancy Confirmed on August 2014 Litter
This is a dual sire litter with Kazuya breeding with Bianca as well. All pups will be DNA profiled with AKC 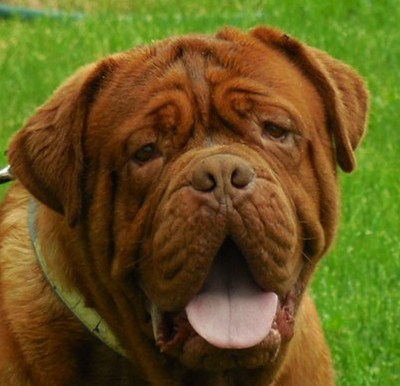 We are so very excited about Old School’s Braddock 2nd litter of 2014 and can’t wait to see what Bianca and he will produce together. Our friends at Imperial Bordeaux chose Old School’s Braddock to use as a stud for their female Bianca because they are huge fans of Jr. World Champion Brandoux Toezz and did not want to pass up the opportunity to produce a litter that had him in the pedigree twice. Also since Braddock and Bianca are two different styles of we both felt they would compliment each other well in their breedings and produce offspring with great bone ansound structure. When they first visited Braddock at Old School Bordeaux they told me that they could not believe the size of bone on this young male. They also loved Kazuya’s massive frame and headtype. They felt that Kazuya and Bianca would produce a bigger overall pup even they would probably be lighter than the Braddock pups. All of these pups will be DNA profiled with AKC to determine which male sired which pup. To see Kazuya’s pedigree, go to our Stud page and click on his name.
Old School’s Braddock: Father #1 of this litter

Bianca has a great structure

Kazuya and Bianca during breeding
Pups at 2 weeks old

Puppy at 5 weeks, all have good bodies 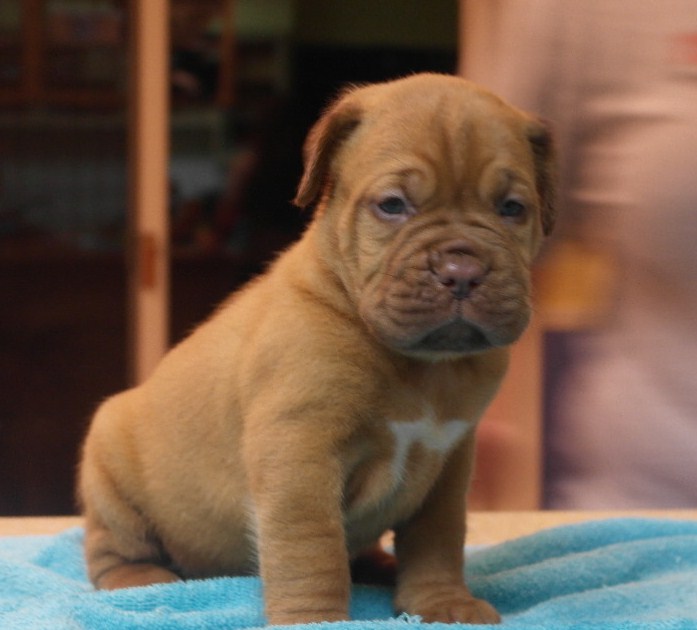 Good bone on all pups 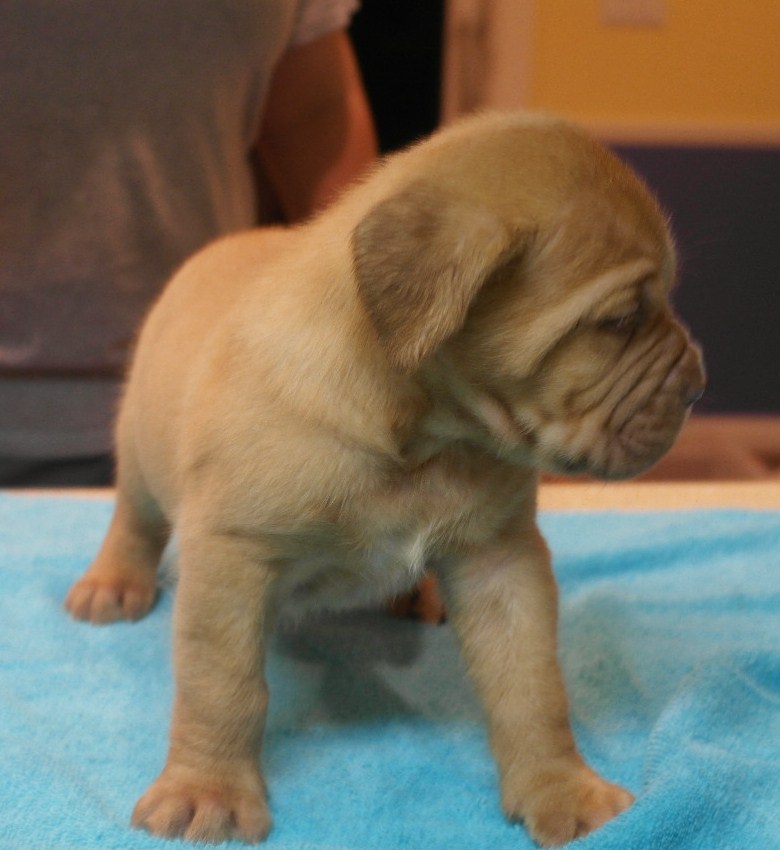